MAY 2 INTERNATIONAL DAY OF SOLIDARITY WITH THE PEOPLE OF ODESSA

In a major breakthrough for the people of Odessa, Ukraine, a United Nations human rights monitoring mission has criticized the Ukrainian government for its failure to investigate and prosecute those responsible for the fascist-led massacre of scores of people on May 2, 2014, at the city’s House of Trade Unions.

The U.N. “Briefing Note” was issued on the fifth anniversary of the massacre, when vigils were held across Europe and North America as part of an International Day of Solidarity with the People of Odessa.

And in a major departure from the near-total media whiteout of the issue in the U.S. media, an Associated Press story on the U.N. report was carried by media outlets across the United States and beyond, including The Washington Post, ABC News, Yahoo! News, (Minneapolis) Star-Tribune, Houston Chronicle, Seattle TImes and the (UK) Telegraph and Daily Mail.

This doesn’t mean there will be an impartial investigation, but it does help to shine a light on the massacre and the government’s failure to act.

In Washington, D.C., a delegation from the Odessa Solidarity Campaign, along with members of Struggle/La Lucha, held a vigil outside the Ukrainian Embassy and then hand-delivered a letter to embassy staff addressed to Ukrainian President-Elect Volodymyr Zelenksy. The letter urged the incoming president, who overwhelmingly defeated the ultra-nationalist incumbent, Petro Poroshenko, to break with the reactionary policies of his predecessor and agree to allow an international investigation into the massacre, as well as end the ongoing repression of relatives of those who died in the trade union building fire and journalists attempting to investigate the tragedy.

Meanwhile, police in Odessa reported that 4,500 people came out for that city’s fifth annual memorial. Among those attending was Joe Lombardo, co-coordinator of the United National Antiwar Coalition and a member of the Advisory Board of the Odessa Solidarity Campaign. (See Joe’s report HERE.)

For ongoing news and analysis about developments in Ukraine, see https://odessasolidaritycampaign.org and the Odessa Solidarity Campaign Facebook page.

Photos from some of the May 2 solidarity vigils.

More photos will be posted as received.

AP story on the U.N. report:

Video of the delivery of letter to President-Elect Volodymyr Zelensky:

HOW TO ORGANIZE A MAY 2 ACTION:

We want to emphasize that any kind of action would be welcome: a rally, march, public meeting, vigil – or even just a few people standing on a busy street corner with signs. The idea is to have something, no matter how modest, happening in as many cities as possible.

Here are 9 POSTERS you can download and print out on 11″ x 17″ paper or card stock.  The square “REMEMBER ODESSA” icon is good for Instagram posts and profile images. Two of the poster images can be adapted as well: one plain so you add your own message, one with a solid black background. Click here to view and download. 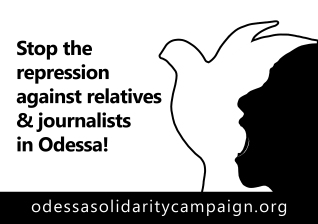 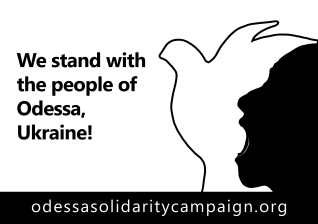 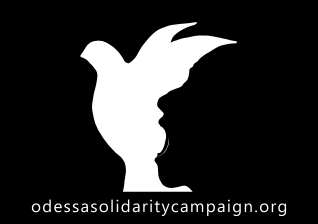 It would also be helpful to carry a sign about Odessa in a May Day march or rally on May 1 – anything to bring attention to the massacre and the current situation in Odessa.

Finally, please take a photo of your action and send it (as a jpeg or pdf file) to: DefendersFJE@hotmail.com. We will post the photos on the Odessa Solidarity Campaign website.

Don’t forget to include:

On the night of May 24, 2018, in Odessa, the radical nationalist Sergey Sternenko, former head of the Odessa branch of Right Sector, killed one person and wounded another. Sternenko stated he was assaulted for “political” reasons, but this narrative has not been confirmed by either the witnesses or the preliminary conclusions of field investigators. [MORE AT: http://www.stalkerzone.org/this-is-pure-murder-not-self-defense-criminal-proceedings-were-initiated-against-the-ukrainian-nationalist-sergey-sternenko/]

In May 2018, cities across Europe & the U.S. showed solidarity with Odessa.

This report has been compiled from information from UNAC affiliates, SOLIDARITY WITH ODESSA in Europe and other sources.

The ODESSA SOLIDARITY CAMPAIGN endorses the call by European organizations for actions in solidarity with Odessa to continue throughout the month of May.

Please send reports & photos of your actions to the OSC at: DefendersFJE@hotmail.com & to SOLIDARITY WITH ODESSA on their website: https://solidaritywithodessa.wordpress.com

CLICK HERE FOR THE OSC REPORT: May 2018 Actions in Solidarity with the People of Odessa

Why did the court acquit all the accused in the case of May 2, Odessa? [and then re-arrested some of them]  (excerpts from an opinion piece)

On September 18, the city court of Chernomorsk put a semicolon in the case of activists of the Odessa “Anti-Maidan” detained on charges concerning the riots on May 2, 2014. All without exception, the defendants were found not guilty and released from custody – however, some of them were immediately arrested again on a different charge. (Read more.)

Odessa Solidarity Campaign staff members and friends have launched an important new project to keep the world informed about critical developments in Odessa and Ukraine.

The website Ukraine after Maidan: Right Wing Violence & State Repression tracks acts of violence and intimidation carried out by right-wing radical groups in Ukraine as well as of acts of repression against basic civil liberties and the persecution of the opposition by the Kiev government. Much of the world has no idea about how bad things are today in Ukraine. To counter this lack of information, the new site features translations of articles, full or partial, from local Ukrainian media outlets, including the following topics:

Ukraine after Maidan can be accessed at https://ukraineaftermaidan.wordpress.com or from the Odessa Solidarity Campaign website under “Ukraine News.”

Earlier this spring, the Odessa Solidarity Campaign received this appeal:

“On the eve of the third anniversary of the events of May 2, 2014, the situation in Odessa is getting worse every day,” wrote a supporter of the Council of Mothers of May 2, which represents the relatives of those who died at the House of Trade Unions. …

“Apartments of anti-Maidan activists are being searched. To counter the peaceful mourning rally, a mobilization of ‘patriots’ has been declared. An atmosphere of fear, hysteria and expectation of a new tragedy is created in Odessa. Everything is aimed at intimidating, misleading and confusing people and eventually making them stay at home.

“In these conditions, we urge the world to closely monitor the situation in Odessa to prevent provocations from those forces that proved to the whole world three years ago their bloodlust and their desire to choose the most cruel and bloody ways.”

In response, the Odessa Solidarity Campaign produced a LEAFLET promoting the Council of Mothers appeal, with suggestions on how to help, that a. The leaflet was distributed at several May Day events in the U.S. and Europe.

On April 10, 2017, more than two dozen organizations in 19 cities in 12 countries across Europe and North America together called on the government of Ukraine to immediately release all political prisoners and end the current wave of repression against relatives of the victims of the fascist-led massacre at Odessa’s House of Trade Unions on May 2, 2014. April 10 is a date of great significance to all Odessans, as it marks the day in 1944 when Odessa was liberated from years of fascist occupation. The Odessa Solidarity Campaign thanks everyone who participated in this effort and we look forward to working more closely with you in the future. The full report (updated April 17, 2017) is HERE.

The Council of Mothers of May represents the relatives and supporters of the victims of May 2, 2014. Their letter to the Odessa Solidarity Campaign concerning the April 10 International Day of Solidarity is HERE.

Welcome to the website of the Odessa Solidarity Campaign, operated by an all-volunteer team of human rights activists dedicated to supporting the people of Odessa, Ukraine, in their heroic resistance to fascism.

Here you will find background information on the economic and political crises in Ukraine; the story of the massacre of 46 anti-fascist activists in Odessa on May 2, 2014; and the ongoing campaign by the Council of Mothers of May 2 for an international investigation into that terrible tragedy, for which no one has yet been brought to justice.

We invite you to learn more about this whole situation and how it sheds light on similar developments throughout Eastern and Southern Europe. We hope you then will be inspired to support the Council of Mothers’ demand for an international investigation – and to work for justice, peace and progress in your own communities.

For the latest news from Odessa, please see “ALERTS” on the above menu.

“I Saw the Death – The book of evidence of the participants of the events on May 2, 2014, in Odessa”

This riveting collection of first-person accounts of the massacre of at least 46 people in the House of Trade Unions in Kulikovo Square is must reading for anyone trying to understand the terrible events of May 2, 2014, in Odessa, Ukraine.